SATS is Running the Risk of Overpaying for its WFS Purchase

Recently, in forums, there has been a mockery over Singapore entities (such as Temasek) overpaying for their purchases and then delivering low to negative returns (purchase of FTX, TSMC etc). Unfortunately, it seems another Singapore company, this time SATS, is likely to be overpaying for its purchase

WFS is a air cargo company. Due to the e commerce boom arising from the need to stay at home during COVID,many air cargo firms experienced an increase in profit margins as the boom in e commerce was constrained by airline slots. Even Singapore Airlines (SIA) experienced a boom in air cargo business. However, in recent quarters, SIA is now reporting a decreasing air cargo volume. Given that SATS and SIA are closely linked, I am surprised that SATS still went on for the pruchase of WFS.

From WFS's financial reports, EBITDA profits is falling and this is due to margins reverting to the norm because the COVID boom has declined. I will not be surprised if SATS had waited a little longer, WFS's margin will fall from 13% to even lower in the single digits. Before COVID, its margins were at 5%, so its definite there is a reversion of the mean going on from the highs of 15%. I strongly believe, WFS's EBITDA has plateaued and EURO$200 mil EBITDA is the cap for now. Seen in this light, SATS is paying for 6.5 times EBITDA which is painfully expensive, I am not sure who is adivsing the SATS mangement but they are buying WFS at the wrong cycle. 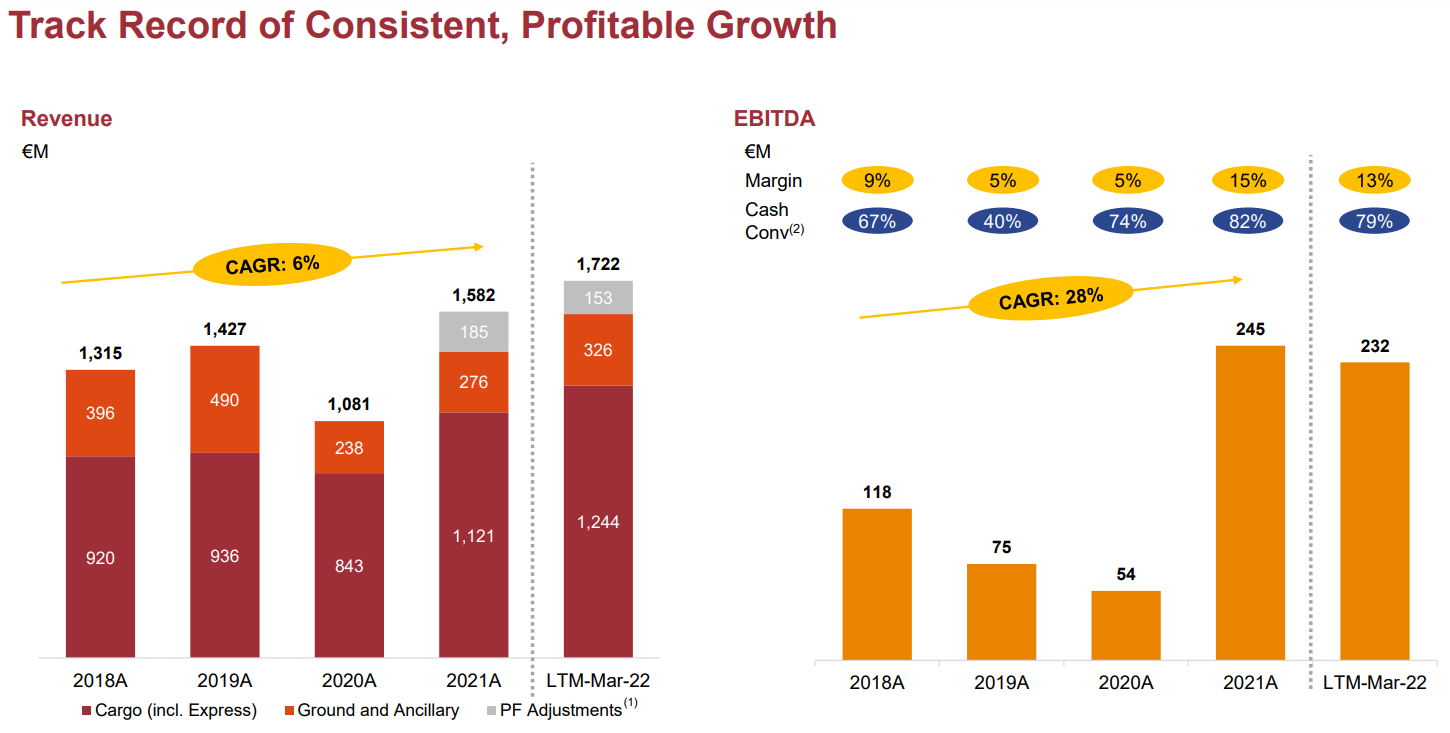 One thing SATS has been touting is that the purchase is EPS accretive. Considering that SATS is recovering from a COVID bottom while WFS is coming down from peak earnings, it is quite stupid to pitch it as EPS accretive. When things normalise, will WFS be accretive? Based on its finanical results and SATS normalcy, I will say it is a definite no

During normalcy, SATS EPS is about 15-20 cents per shares. Assuming WFS is purchased at S$1.82 billion and net profits is approximately EURO$150 million (S$213 million) deriving from its current EBITDA figures, the expected earnings per share of WFS is only about 11.7 cents per share. It is not earnings accretive at all if we assume SATS business as usual scenario In fact, a simple metrics of 15 cents per share (this was when SATS suffered from 3 months of COVID effect in early 2020) indicates that SATS might be paying 25%.

My gut feel is that SATS should go back to WFS and renegotiate for a lower purchase fee of SGD $1.365-1.4 billion; in terms of Euro coversion, that is about a EURO $1 billion price to acquire WFS. Anything more, it is a bad deal to SATS

From the purchase, my sensing is that the SATS investment team were only looking at recent data and were not considering the changing of trends as the world moves on from COVID. This is pretty poor decision making by the SATS board.